So my personal Colours 2013 painting challenge is off the ground with the first platoon finished a US Rifle Platoon. 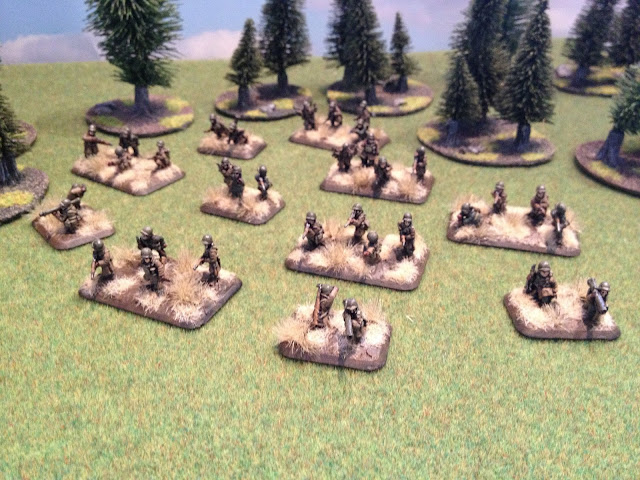 I have changed my painting style from my last US Winter army with these. I have gone for block painting with a really dark base colour, a normal main colour and no highlight. I also remembered to paint them with gloves on this time (felt sorry for the last army, fighting with bare hands!). I wasn't sure about it at first but as the model came together and was finally based I was really happy with the effect.

Email ThisBlogThis!Share to TwitterShare to FacebookShare to Pinterest
Labels: Flames of War, Late War, Painting, US

Dr Cox here again with some newly painted models, today it's my half tracks. 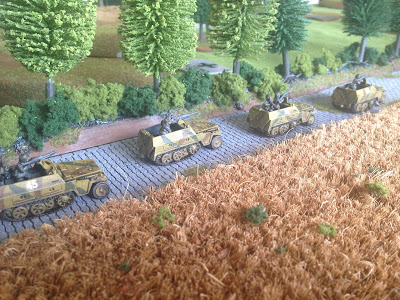 I've had two units of half tracks to paint for my two Lehr lists, and I think in both cases they're quite integral! In the first list it's the Gepanzerte Aufklärungs Platoon, I would go as to say that these guys are integral to the meuse list as they give the spearhead ability. Winner Dave here with my first book review.  I've been dying to get my hands on this baby and seeing others starting to get a hold of it before me has been painful.

Finally I got home from work and have spent the evening engrossed, which is bad because the in-laws are staying over.

I've also bitten the bullet and bought the new Japanese units, so thats a Hohei Chutai, the Nikihaku teams and Medium Sensha.

In preparation for the book, I've been reading up on Nomonhan the other battle and listening to the ww2 history podcast on this period, so the history section in the book is now becoming old hat to me.  However the maps are really useful and tie together everything I've read so far. 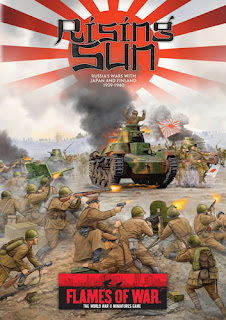 So this weekend I got my hands on Rising Sun (FW304) the new EW book. Now this is THE Flames of War book I have been waiting for ever since I got into Flames of War. Not because of the Japanese, (I have only a passing interest in the Far East in the WW2 period) no the Winter War. Fins are my favourite army from a historical point of view in WW2 and the Winter War has to be my favourite battle. The plucky little Fins not only standing up to the mighty Soviet Union but they embarrassed them, the ski troops cutting off the soviet advances and the brave (or desperate) troops assaulting tanks with nothing more than logs or Molotov Cocktails, the battle has it all.

So when I finally picked up the book I wanted it to be not only good, I wanted it to be exceptional... and (spoiler alert) I wasn't disappointed. The book just looks lovely, I honestly think Battlefront are producing the nicest looking book in the wargaming industry at the moment and when you think they can't top the last book they do it again, this trend has continued with Rising Sun.

Where To Go With My Guards Armoured Recce Box Set?

Good morning boys and girls, Doctor Cox here and I have a question for you all!

Recently I came into possession of one of the Guards Armoured Recce Box Sets (BRAB07) and I'm in a quandary where to go. I thought I'd throw it open to the floor for some inspiration. The Care and Nurture of Panzer IV's 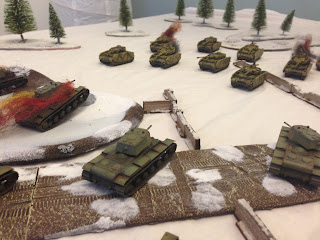 Welcome to another one of my diatribes on lists. After a brief foray into Midwar I’m now back with my Late War love. I recently picked up on Ebay 10 panzer IV’s, and I’ve been trying to find a decent list to place them into.

The Panzer IV is available in a large number of german lists, and with little modification the list can change around it very easily, but you need a starting point for your first list – this is the story of how I decided that first list.


As for the models themselves though, I picked up Panzer IV H's, I know there are some differences to the J but I really can't see them myself, so will probably use them relatively interchangeable. 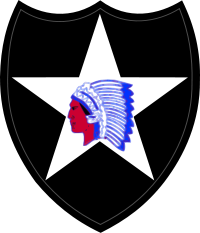 As you may have read myself and Alex were aiming to get our EW desert armies done by for Colours 2013 (see Just Deserts). Well it seems there was a little mix up in the UK tournament scene (which I'm not going to go into here) and the event is now LW. So as I was already up for the challenge of getting an army painted for the event I thought sod it and I'm now planning on getting my new 2nd ID list done for Colours 2013.

Now before everyone rolls their eyes at playing 2nd ID there are a few good reason for me collecting them. Firstly I had a lot US Winter Infantry left over from my Winter US Para army (which funnily enough was the same reason I did the Market Garden Paras!). Secondly the list really fits my style of play, I think despite loving tanks I'm an infantry player at heart and to that end a Veteran infantry player, but I like Infantry that can attack and with the Winter Training rule the 2nd ID should have no problems attacking. Finally the most important reason, I love the Winter US infantry models, sure one or two look a little odd but they are some of my favorite Battlefront models.

Email ThisBlogThis!Share to TwitterShare to FacebookShare to Pinterest
Labels: Flames of War, Late War, Tournament, US

Welcome and thanks for once again reading one of my rambling articles.

I thought this time I'd look at the different types of game I seem to play, and one thoughts on them.
As you can tell by the title, I really see my gaming in two ways, either 'casual' or 'tournament' but those may be misleading titles. Because tournament play is not always at tournaments, and some tournament games may be casual So how can a casual weeknight game be a tournament one? 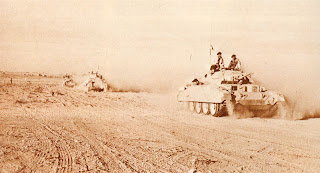 Dr Alex here with reports of my success in putting together my 8th Army Crusader EW list for the EW Colours 2013 tournament.

Now those of you who bothered reading my first post will know that the plan was to paint 1 squadron of crusaders and 2 of the HQ crusaders by the end of June.

Unfortunately I've had some problems with this plan...

Firstly Central Command were very slow at getting new troops to me, this turned out to be because some Panzer II's I'd ordered for Ben as part of the same order were slowing the whole thing down. A filthy Nazi trick to delay my reserves. Fail once.


Then when I finally got some crusaders, I discovered I didn't have anything resembling the correct paint and neither did my FLGS. Fail twice.

Well this plan has not gone well as I had hoped so I have had to make some slight alterations and improvise with what I have been able to put together this month. This has been a Dystopian Wars Chinese fleet.

And so I present my Early War Desert Army so far:

I now have 10 Crusaders and the correct paints, so hopefully by the end of July I will have caught up, otherwise I can show you some more of my dystopian wars stuff...

Podcast - Beyond The Foxholes - Episode 1 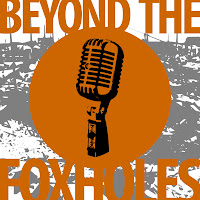 Today I'm please to announce our very own Podcast "Beyond The Foxholes". Steve from WWPD have very kindly agreed/offered to put our Podcast in the WWPD network, to which we are all very grateful for this opportunity.

In Episode one Ben, Adam and Winner Dave are on the road to the Welsh Open. In part one the we talk about our lists, our expectations of the event and a little bit about the new D-Day books.

In Part two we have a full AAR of the Welsh Open, our fun and games on the Saturday night (it includes a bagpipe and not in a good way!) and what we have coming up in the next few months

Email ThisBlogThis!Share to TwitterShare to FacebookShare to Pinterest
Labels: AAR, Beyond the Foxholes, Flames of War, Podcast, Tournament

So the first months Justs Deserts is behind us and so it's time for an update. Now firstly a quick note to say this challenge is no longer for Colours 2013 as the organizer has decided to do a LW tournament instead, no worries for us as that was always a sub goal in the challenge. 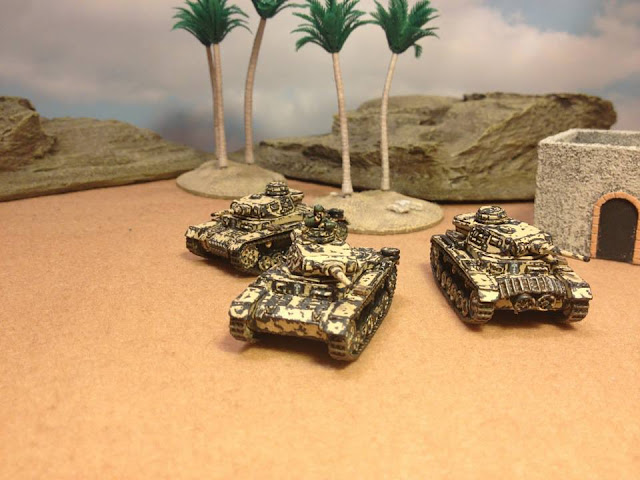 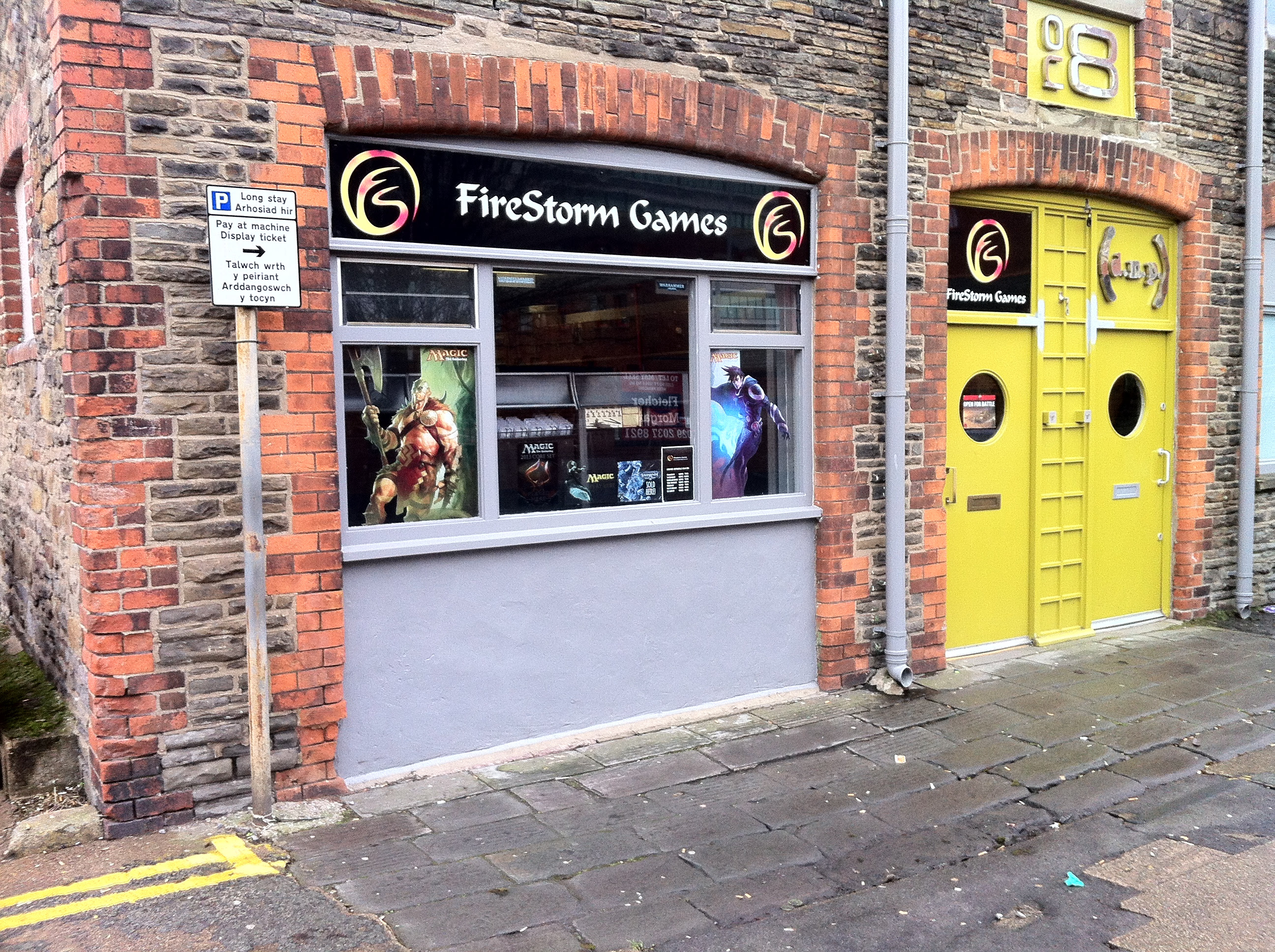 The weekend just gone myself, Adam and Winner Dave together with 49 other gamers went to the Welsh Open at Firestorm Games in Cardiff. The tournament was Mid War 1550pts with 5 games.

This would be Adam and myself's first MW tournament and Winner Dave's Second. Overall this was a good showing for the Bournemouth gamers (or Frenchies as we are called on the UK tournament seen) with 5 of us making the top 20. We have a special AAR coming up in a post on Tuesday, but here are the results and a photo dump.

The Praxis of War Gaming

Dr Cox here with more rambling. But hopefully on a subject we all know.

I was having a discussion with a nameless individual about a list I was running, and he suggested that I 'drop X for Y, because X is better'.

Now this is a not uncommon statement, but actually is X going to be better, and it may be better but can you still utilise it, and that us where Praxis comes in!

Email ThisBlogThis!Share to TwitterShare to FacebookShare to Pinterest
Labels: Flames of War, Rambling

Andy here with a painting update that I have to confess has been a long time coming. Unfortunately real life and work meant these were sat there with just undercoat on them for most of May when these were supposed to have been painted according to my initial schedule. Just like Market Garden, things started to fall behind schedule almost as soon as I'd started!

However whilst I was away with work I did have plenty of spare time to read other blogs and stumbled across an article about staying motivated and completing whole armies and I realised I had been missing a trick. My preferred painting time always used to be whenever I could get a good few hours at the table but as we all know this is often hard to achieve. But why not just sneak in 30mins of painting each day? For a Flames of War platoon thats should be sufficient to get one colour done, or a wash on a platoon.

Now I appreciate this may be nothing new for a lot of people but to me it would be a totally different way of working. Its also made much easier by the fact I have a hobby desk which doesn't require tidying up, meaning my models are there and ready to go each time I sit down. 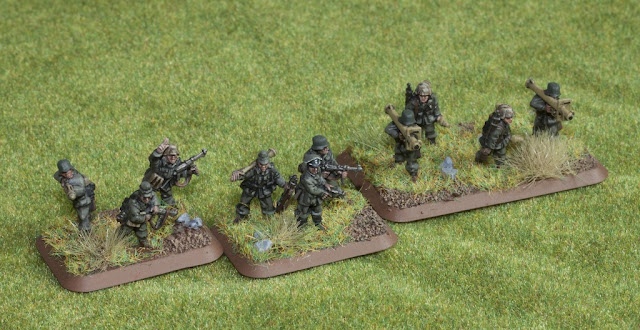