Beyond the Foxholes - Episode 19 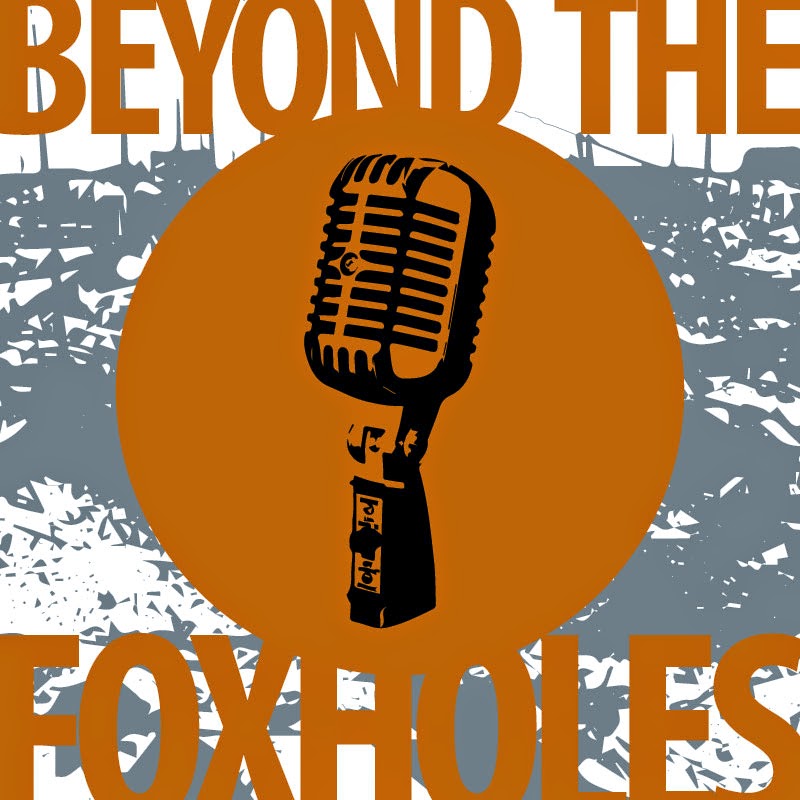 In Act One we join Ben, Winner Dave and Adam as they chat about what they have been up to recently, Battlefront news with Early War sale, Barbarossa, new Fate of a Nation book plus more and finally they round out the act with Winner Dave's mail bag.

In Act Two the guys chat about the Euro GT, Adam and Winner give their AAR's and the guys think about how to improve the tournament going forward.

In Act Three thanks to a few technical problems we join Ben, Adam and Jessica to go through 10.1 and a look at how to deal with Super Heavy tanks.

Email ThisBlogThis!Share to TwitterShare to FacebookShare to Pinterest
Labels: Beyond the Foxholes, Podcast

September has come and gone (well almost) and it's time to look at the blog highlights from other blogs around the net. 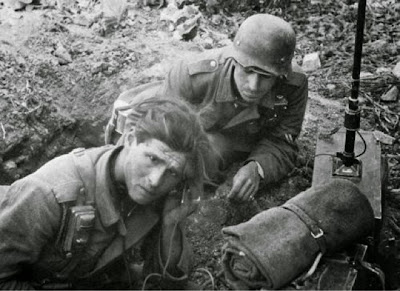 We start off this month with a new podcast, the guys over at Dice Devils our now two casts into their podcasting debut.

You can see episode zero here and episode one here.

from today talking about the uses of artillery. (And a pic of some I found in Cyprus) Artillery can range from mortars through to off shore cruisers in flames of war - there is plenty of debate about having artillery represented on the board - as to scale artillery would be further back. Alongside this there have been several 'artillery park' lists with 16+ guns which are possibly not that fun to play against. So I'm going to take you through the mechanics in game if artillery, the uses (smoke, pinning, killing) and some tactics on them.

Email ThisBlogThis!Share to TwitterShare to FacebookShare to Pinterest
Labels: Flames of War, Tactica

The next date on my Great War German project. The Infanterie Machine-gun Platoon (GGE704) is done and now the army deal is on the last leg. 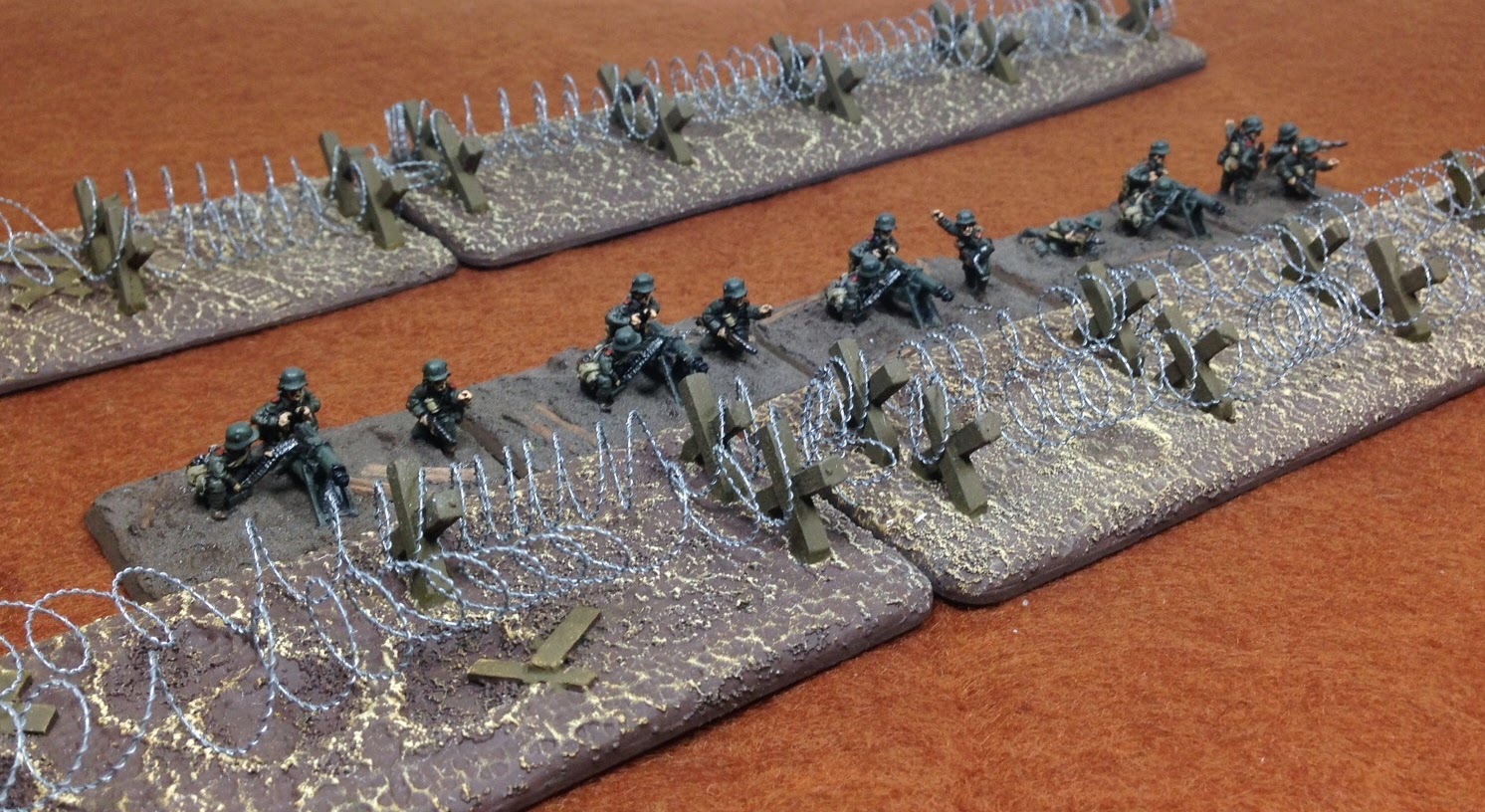 The HMG's are what you'd expect, three man teams and a the gun. They are sculpted well and look a but more dynamic than what you normally use too.

This blog article is by Jersey James and is partly about a new project, partly about tactics and how I've developed playing Flames of War since I actually started rolling dice for it at the beginning of 2014.

So... more Italians? I hear some of you familiar with my submissions ask... well, late war RSI stuff is on order and on my paint station as always but this new project is slow burn and focused on the new Indian Recce PDF that Battlefront updated in August this year (2014)!
My early, mid and late war Italians are all infantry... so are my PAVN and some SS that found their way into my home and so I've wanted to do a mech / tank list for a while.

British Airlanding for the Euro GT

Hi All Adam here and I have a difficult decision to make!

Up until 24 hours ago I was going to take Westfalen to this, but as Ben, Winner and Army were all trying to persuade me to take these guys, and Alex criticized me for thinking of taking them I thought - with 4 recommendations I might as well go for it! 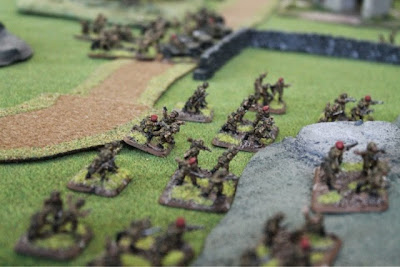 So let's look at the construction of this list. The hq with the bagpiper is essential - needing an extra hit to be pinned is gold dust - when you assault (always through cover!) instead of statistically needing 15 shots to pin you, it's now 18 - I like those odds! Also let's take the extra PIAT's - only way Brits get two.

Motostrelkovy for the Euro GT 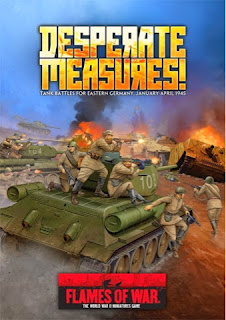 So here's my list and plans for the Euro GT on Saturday at Wayland Games.

My initial plans were to run my amazing Stuart horde from The Bridge at Remargen, but sadly work and traveling have got in the way of my ability to paint up a completely new army. Rather than botch it up, I've fallen back on an army I had lying around - Soviet infantry.

Now I like playing with soviet infantry, there's something about the point the army at the objective and keep going until either you get it, or you run out of army which means I don't have to think too much. This is particularly helpful when I have a dreadful hangover on day two.

The reason I stopped using my soviet infantry before is I got very fed up with not being able to hurt tanks. No matter what I did, integrating pioneers, adding really big guns or just keeping attacking until my army's corpses were clogging the enemy's tracks, I would completely fail to do anything and my men would die and then the tanks would run over them unmolested.

After a bit of a break to round out my US Armored Rifles I'm back with more Great War models! This time up the A7V (GGBX01) tanks. 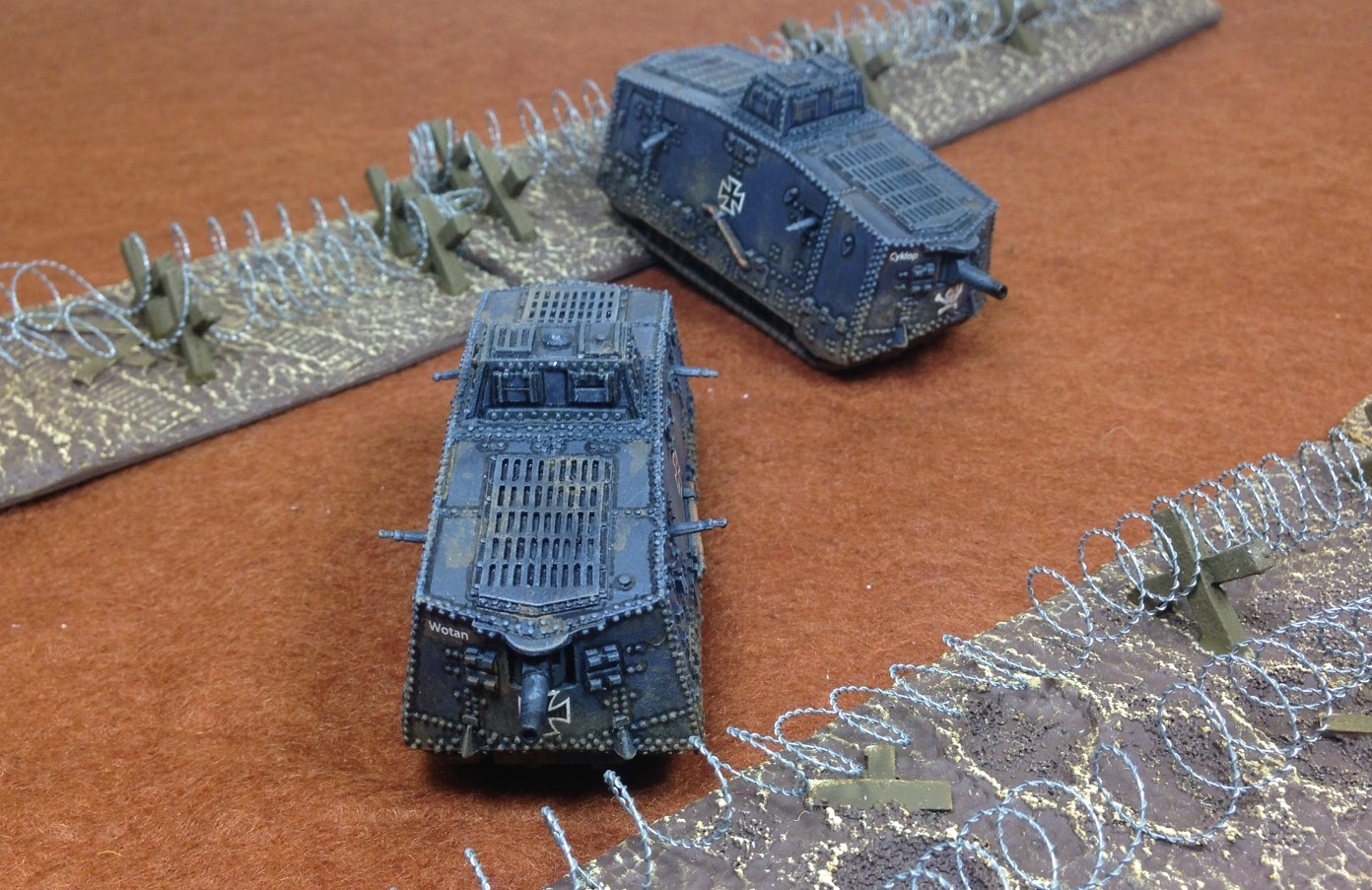 The first thing that surprised me was the size of them, they are massive! It does make sense for something that had a 18 man crew, but still it dwarfs a Pershing!

A few weeks ago myself and my wife were in London for her 30th Birthday, while we had to do many less than interesting things (really not a fan of musicals!) we did get a chance to go to the Imperial War Museum that had just had a big revamp and a new Great War Exhibit. With myself and Winner getting into FoW Great War and it being the 100th Anniversary it seemed rude not to have a look around. 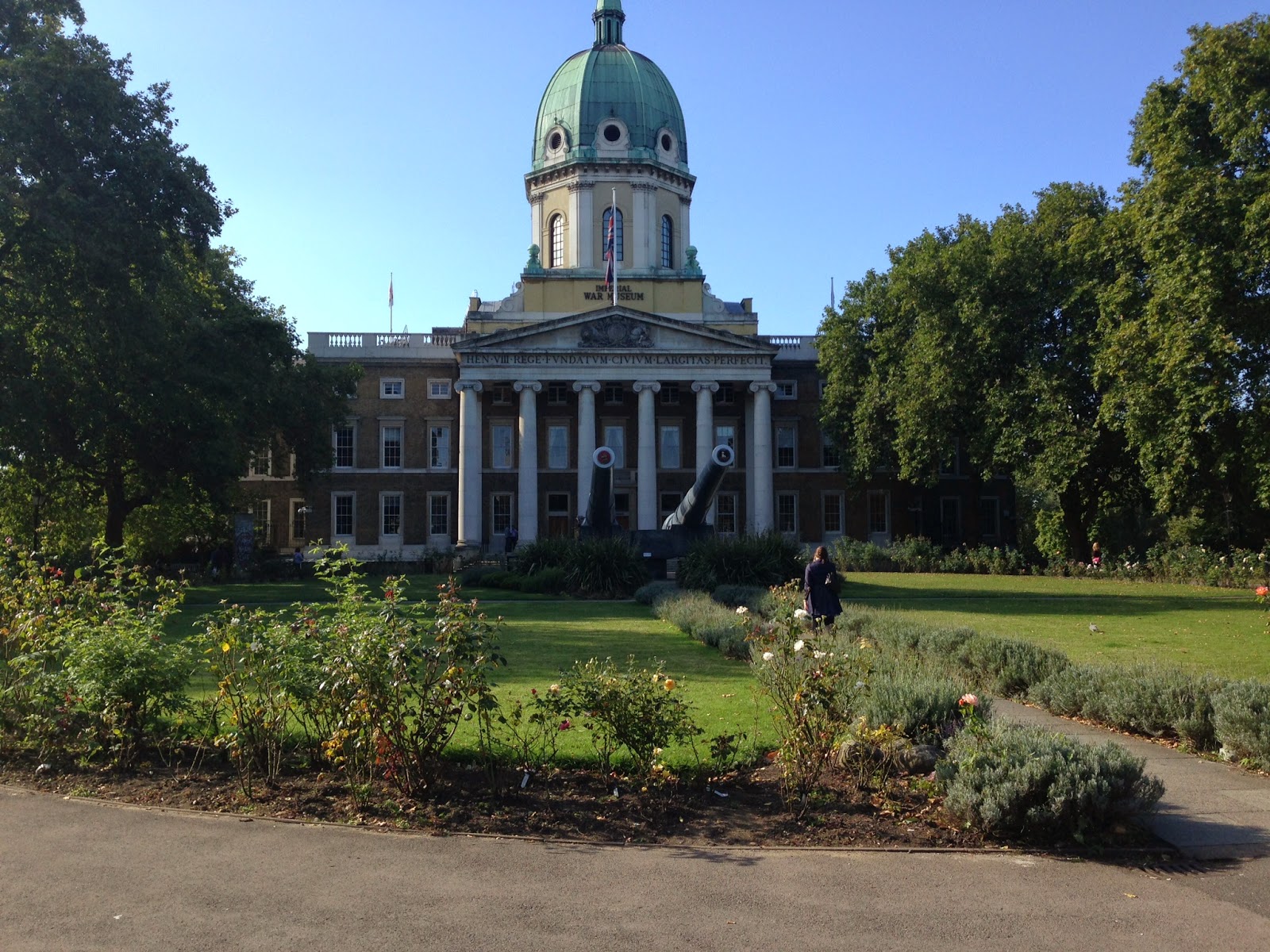 My first impression was they have thrown a lot of money at this, so many interactive section and projections. It was very well done. As you'll see below I have tried to show the interactive sections as best as I can but it might not show up that well with photos.

It's been a while since I have done a list discussion and while I was turning my Mid War Armoured Rifle Company into a Late War version I thought it was a good chance to correct that. Now I will start by saying this is a List Discussion with a bit of a difference, I'm using the New Bridge at Remagen book and the 9th Armoured Rifles list. 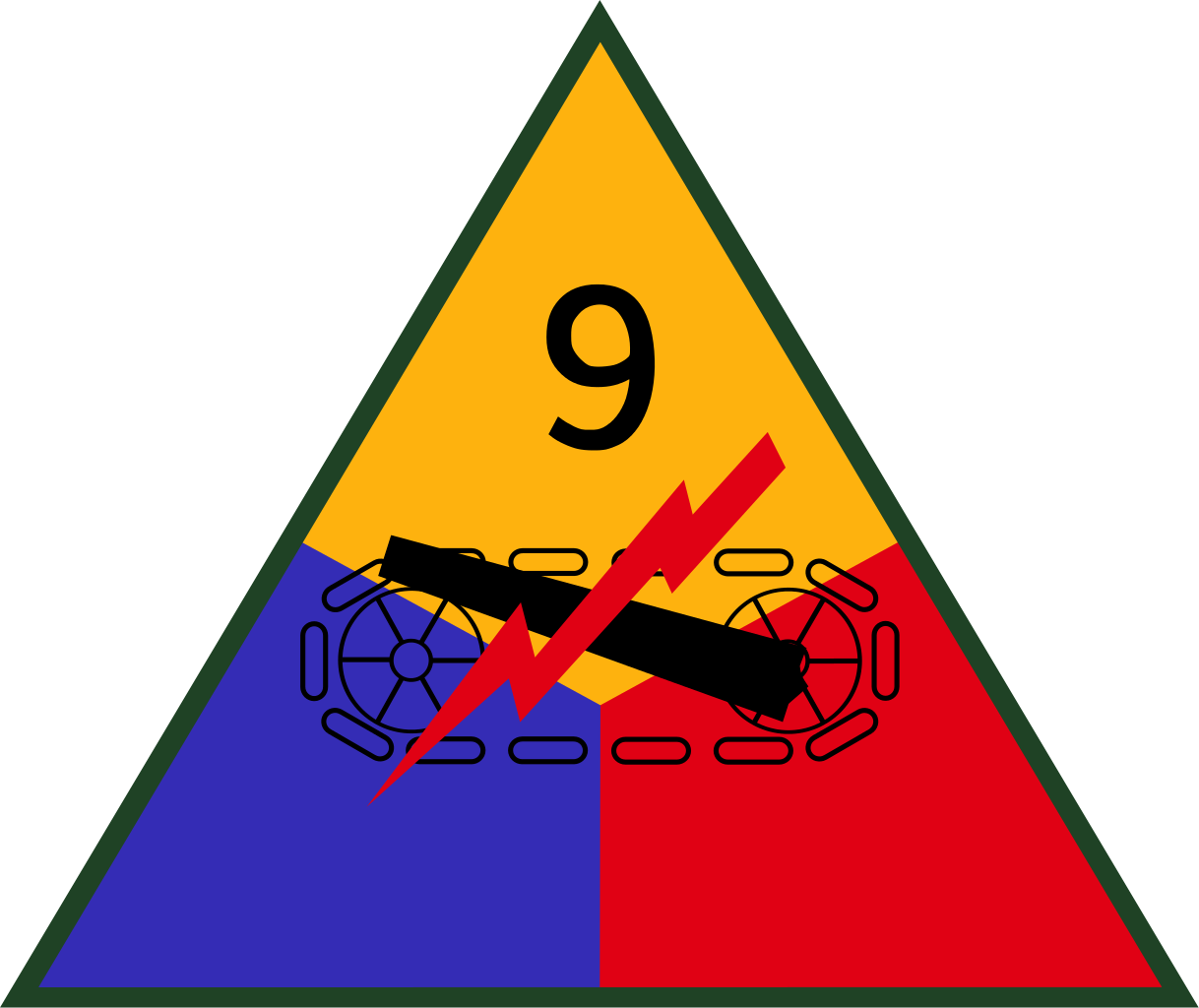 So what is the difference from are normal list discussions? Well normally it's about use fine tuning our lists and making the best list we can, well I'm not trying to do that, I'm going to try and make a list that will use some new options I haven't tried before and not use some of the staple units I normally use for the US. I'm doing this as I personally think one of the best ways to improve at any game is to try and play the game without your normal staple as it forces you to think more about what you have to do. Now I will say at this point I don't try to make bad lists, I'm not all about trying to win the game but I like to have a list that has a chance.

Working Out The Kinks - Westfalen Style

As I write this article I've played about 4 games with my SS Westfalen list - and I'm just not finding it working! What do I mean by that? Well despite the fact I've tried variants every time and won every game (4-3, 4-3, 5-2 and 6-1) I'm just not happy with how it's performed in game. 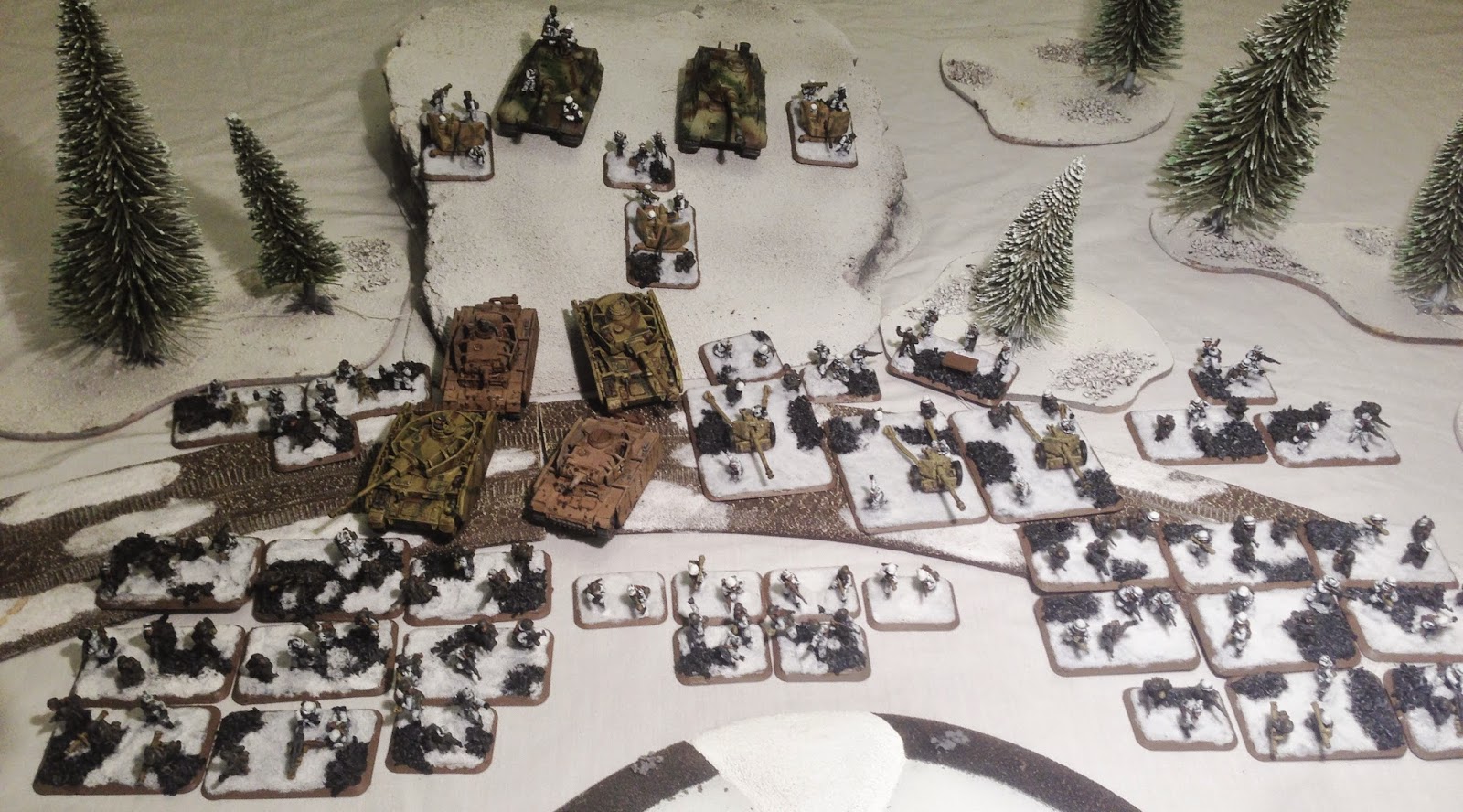 I think if I'd lost it would be easier - you know what went wrong, as it is I keep looking at it's weakness's - artillery target and being assaulted, keep looking at ways to mitigate this - and keep coming up blank. Is it luck I've won?

Setting up Infantry for Defence vs Tanks.

this time I'm talking tactics, and how you can set up your infantry to defend an objective. 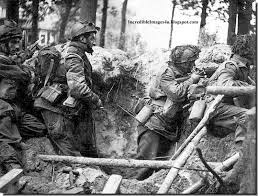 This can never be a comprehensive article as terrain/opposition will always shape your deployment, but there are a few simple tips and tricks which can help.

Email ThisBlogThis!Share to TwitterShare to FacebookShare to Pinterest
Labels: Flames of War, Tactica

Hi all another little painting update,

I've been interspersing my Finns with the odd German unit, and today I have a trio of units all linked to Westfalen - I really like the list and feel there is this opportunity in there to have a really enjoyable and interesting list. As such I've painted up a few options.

just another little update for my Finn’s.

These little beauties are some Zvezda BA-10 armoured cars, they’re the only wheeled reconnaissance option available to the Finn’s and are useable in Mid and Late war.
Read more »
Posted by Coxer at Monday, September 01, 2014 4 comments: