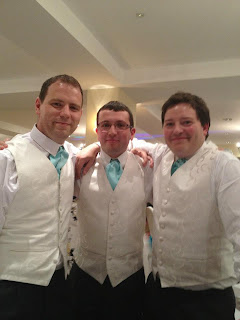 Sorry for the lack of updates this month, as I said on the last Cromwell post this month was always going to be hard going to get anything painted with moving twice, getting married and going way for a honeymoon sort of thing.

The wedding went well as did the move. But to make updates even harder I'm without Internet until Oct 10th.... Not ideal!

I'd always like to say sorry for Adam's AAR, I have fixed it now but the WWPD program has a few problems with it and Adam (bless him) was a bit lost on how to fix it.

Anyway we have lots of updates coming soon, including a Tale of Winter Games series of articles me and Adam are doing. I'm back into my Hungarians adding a load of infantry, Dave has almost finished his Tiger company with Fallschirmjagers up next and the Breakthrough Assault tournament isn't far away. So lots to look forward to.

Anyway as always thanks for reading.

I have had a busy month, possibly my busiest month I have ever had! Between moving and my Stag Do the first 10 days have been a little nuts and with moving again! my wedding and a honeymoon of sorts the month isn't getting any quieter! But I have found a little time to finish off the final (for now) 5 Cromwells and Challenger for my 11th Armoured army. 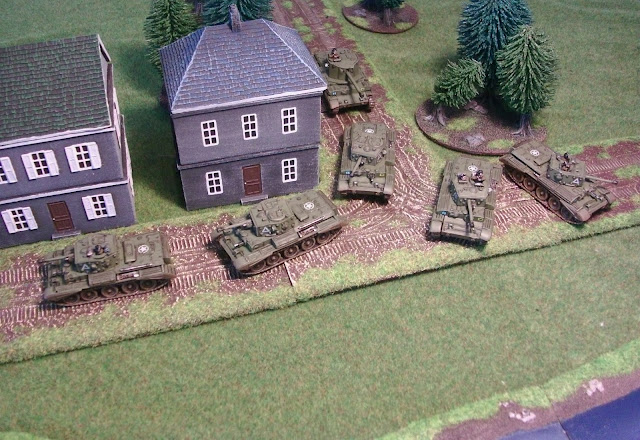 So I thought For my first article I'd talk about my British para's. They were my first FoW army started last year and the one I enjoy playing the most. For this article I thought I'd compare the two lists out there for Late War, 6th Para(turning Tide) and 1st Para(A bridge too Far)

The first thing before I go through the list is to note the core units (bar the main Parachute Platoon) cheaper normally 5-10 points, battery, so you will often get more 'bang' for your buck (or more stuff to paint). As for combat these are identical 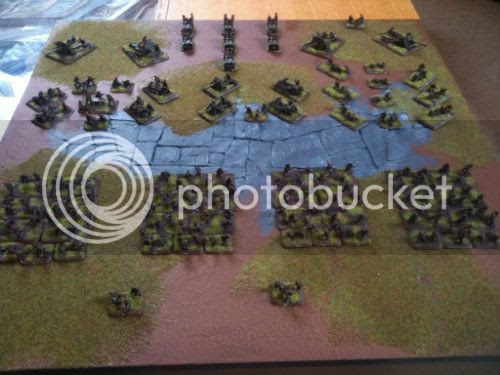 Again three units which are found in both lists. They are all cheaper for the 6th - the Light Battery 30pts cheaper! But for the 1st you can take 4 instead of 2 17pdrs, and for more points you can upgrade the 1st's light battery to medium support - personally I would never take that unit without the upgrade - fire power of 2+ and anti tank 5 plus the British artillery rules gives you a great attacking option.

Now this is one of the options which I love for the 6th - the only downside is I can see all the options being good. You have an actual recon unit!! There are no others available in either list. On the other hand as an infantry force you're often defending, and will this recon platoon be useful? You then start getting to the real tanks, I love tetrachs from a historical view, and have found them great to get round the back, though I have to be careful no one looks at them in-case they fall apart! 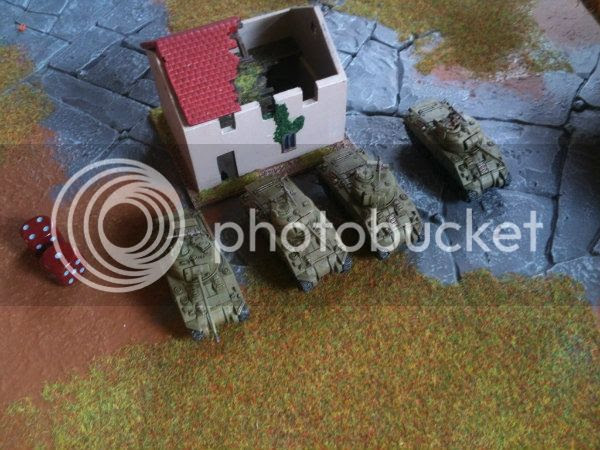 The Cromwell is an interesting option for a heavy tank, but at 450 Pts and no 17pdrs is something I'm less keen on. The Final available unit is the DD shermans, now they can take a firefly, but are only trained, and I often feel are sadly an easy target in a mostly vet army.
There is also one of the advantages I think of the 1st airborne, no armour - enemy anti tank is wasted!

The 6th also has access to 25pdrs and the big 5.5's. Whilst both of these offer more damaging artillery, they are both trained again. I have to say due to a lack of models I've never used 5.5's but hope with the rumoured market garden book coming out I'm interested. 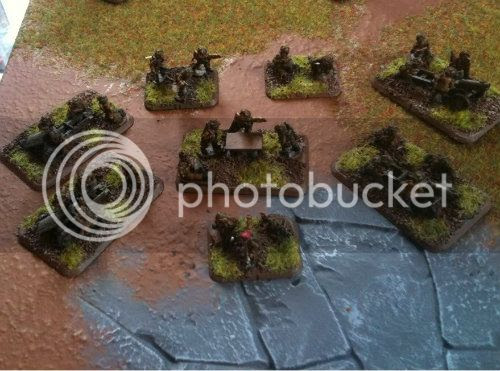 Again an interesting dichotomy, with the 6th getting loads of air, and the 1'st very little. But after using lots of air support, I think that the cheap sporadic is an excellent choice, often by turn 4 the enemy are so close I find air redundant.

I struggle with the use of the infantry platoon, just because I normally have 2 full para platoons minimum, and would rather have a third than regular infantry, especially as due to their trained nature they're hit from over 16. The commando's have a great level of versatility and close combat potential, and are hard to shift, another welcome unit.

A unit which as useless as I find, I love! They work best I feel as a counter charge unit, able to take on tanks with their bombs and/or Piat, or infantry with their SMG's . I have tried them in offense where mission tactics has helped keep them Moving, but the short range guns never quite help enough leaving them dead if unsupported 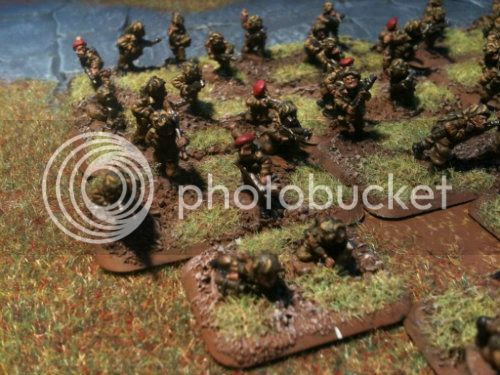 If these guys actually had recon they'd be a definite! They give a useful amount of mobility, but lack a decent save. Coupled with a small unit size, they can get to an objective, but need support to hold it. 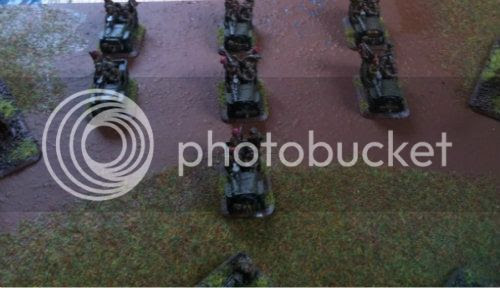 Both armies have different pioneer options. Again I've tried the a couple of times the supply cart is my most common reason to take them. So if they get chosen I prefer the cheapest option! Another downside for the first is that they are rifle only. By and large I find big engineer groups are not my cup of tea and take the smaller parachute assault platoon

So for the 6th you get pine-coffin, personally I find him underwhelming given the 50 points, his counterattack platoon is ok, but not groundbreaking For the 1st you get urquhart, not bad for 25 points, good in night fight where you can get to an objective quickly and dig in for the long haul. And the other is Frost. 65 points of awesomeness! Since picking up the para specials blister, frost has been a favourite. Your guns have an extra save, you get basically a free immediate ambush! And 2+moral to boot! All in all a legend. 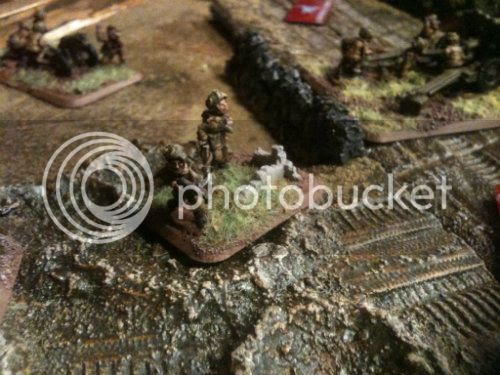 I found it interesting writing this article, having been a big fan of the first, but as I've analyzed the options and reflected on using the 6th in some games, I've discovered a certain love for that list - a love I'd probably sure more if I had some 5.5! Even though the 1st are more expensive you get more parachute options which appeals to me. I won't say which I'd use, but I will be trying out both. I also think that polish list deserves a spin - tanks, armoured cars, hmg carriers, but lacking ranged anti tank and artillery. May have an outing soon I think