The Heroic Advance of 8 Million Troops! (The Italian Nation Rules)


Hello everyone, Jersey James here again with a discussion on the Italian national special rules! Even if you don’t collect Italians yet, you might find this interesting so when you do come up against them… you’ll know what to expect!

Of course here ends any chance of me winning any game through the use of these rules and tactical skill!

....it is perhaps simplest to ask who is the most courageous in the following situations: the Italian carristi, who goes into battle in an obsolete M14 tank against superior enemy armour and anti-tank guns, knowing they can easily penetrate his flimsy protection at a range where his own small gun will have little effect; the German panzer soldier or British tanker who goes into battle in a Panzer IV Special or Sherman respectively against equivalent enemy opposition knowing that he can at least trade blows with them on equal terms; the British tanker who goes into battle in a Sherman against inferior Italian armour and anti-tank guns, knowing confidently that he can destroy them at ranges where they cannot touch him. It would seem clear that, in terms of their motto Ferrea Mole, Ferreo Cuore, the Italian carristi really had "iron hearts", even though as the war went on their "iron hulls" increasingly let them down.
Walker, I, (2003). Iron Hulls, Iron Hearts; Mussolini's Elite Armoured Divisions in North Africa. Ramsbury: The Crowood Press  (p.199)

Beyond The Foxholes - Episode 8 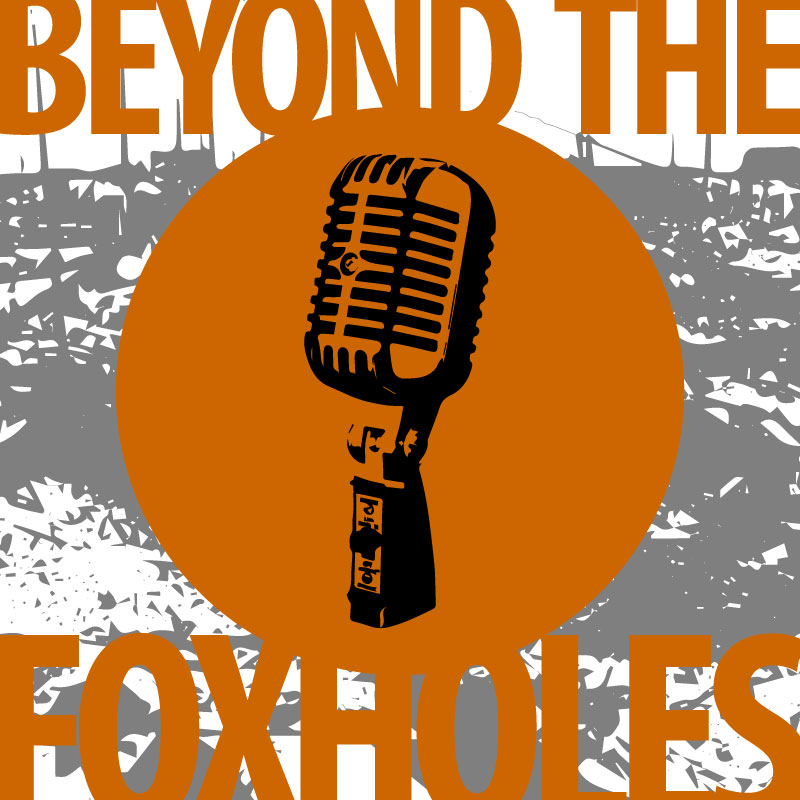 Welcome to Beyond The Foxholes Episode 8.

In Part I we join Ben, Winner Dave and Adam as they talk about what they have been up to over Christmas and the New Year, some blog news and a look back over 2013.

In Part II the guys look at 2014, a little Desperate Measures chat and about the new Snap Shot PDF Briefing.

In Part III the guys round out the cast with tournament news, a look at Adam's never ending problem of whether to use British, British or British and this episodes 10.1 is on deployment and placing objectives in Defensive missions.

Email ThisBlogThis!Share to TwitterShare to FacebookShare to Pinterest
Labels: Beyond the Foxholes, Flames of War, Podcast 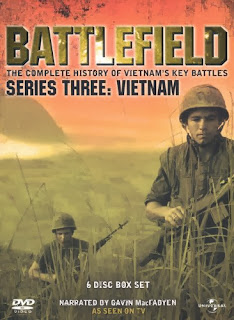 As I talked about in Episode 8 of Beyond The Foxholes (which is out tomorrow as this is published) we are changing the format for our Sunday posts. From now on Sundays will be less Flames of War focused and more focused on other historical miniatures games or historical books and TV series. So today I'm going to take a look at the TV Series Battlefield Series 3: Vietnam by Universal Pictures UK. I picked by the box set as I'm a big fan of the first two seasons that focus on 12 key battles during WW2 and to improve my knowledge of the Vietnam War with myself and James getting into Flames of War Vietnam.

The the Six discs of the box set each focus on a battle or a series of linked events from the Indochina War with the French and ends with the fall of Saigon. Each disc also follows the same format of two episodes on each conflict. The first episode normal looks at the events leading up to the battle, the leaders of each side and their motives at that stage of the war, the men, equipment and tactics being used and finally the battle plans. The second episode focusing on the beginning of the battle, the key moments and the aftermath.

So I have finished my first platoon for my Vietnam project. I was really looking forward to painting these, the Sheridans just look awesome and the M113 box set is my first go at a Battlefront plastic box set. 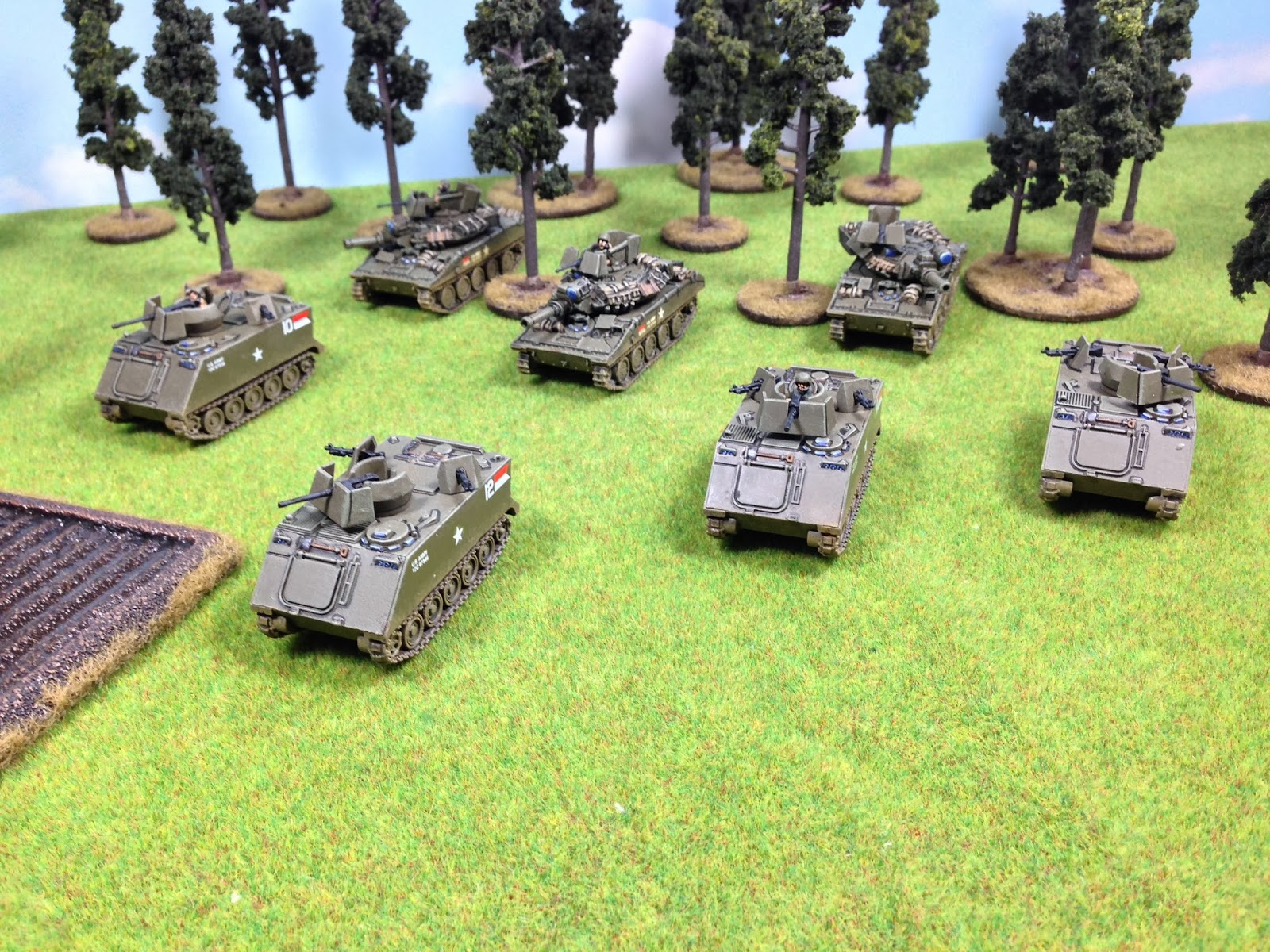 The Sheridans were a lot of fun to paint with all the baggage on the back of the tanks, although the building the hatches with the .50cals was less fun....

Email ThisBlogThis!Share to TwitterShare to FacebookShare to Pinterest
Labels: Flames of War, US, Vietnam

It’s Jersey James here today, but instead of talking about my Italians… today, you can call me Charlie! I've swapped breda machine guns and black feathers for sandles, straw hats, RPG's and AK47's! 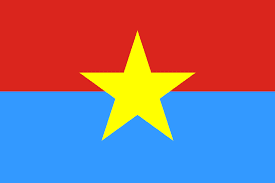 I’ve been army list crunching, building and painting a PAVN Local Forces Battalion for Flames of War Vietnam and it’s all I can do not to run through the jungles and elephant grass or crawl through tunnels to get into the mind-set when painting and planning! I might have watched twelve Vietnam or Vietnam themed films and ordered a few books about the PAVN too; as I mentioned on the Breakthrough Assault Facebook Page the other day… Forest Gump alone made me head online and buy more models!

All Mortars Great and Small

Hi all and another update for my commonwealth forces!

I've been plodding through with some slightly uninteresting units, mortars and heavy mortars. They're not exciting but they are pretty invaluable to an army. 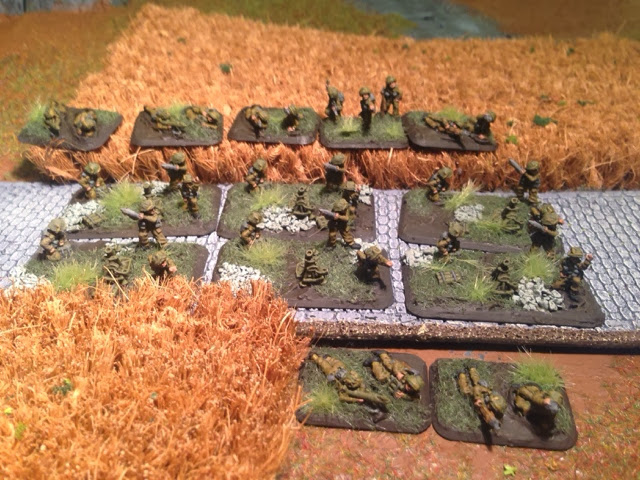 I find having mortars is an almost compulsory choice in any infantry army I do (though occasionally I will forego them with my Brits as heavier artillery can fulfil the role too!) They have two roles in my head, pinning and smoke.

Email ThisBlogThis!Share to TwitterShare to FacebookShare to Pinterest
Labels: British, Flames of War

Fallschirmjäger Tactica Part I (My Current State of Play)

As my bonus New Year's resolution from the boys, I was given the heady task of writing a tactica for the mighty FJs. Which you can hear on episode 7 of our podcast here

The reason being is that I've been playing FJs for quite some time now, so I should have at least an idea of what i'm talking about right...well I'm not that confident, so I'm splitting this task up into several parts.

Part I, what you are reading now - is my thoughts on an FJ list and why I've been building it.

Part II, will be later in the year, there's so much happening to alter the FJ play style (Proliferation in Soviet tank hordes and new Italy books to name two big ones)

Part III, will be later still and will summarise my learning throughout the year.

The Domino Effect - US Forces - Part 1 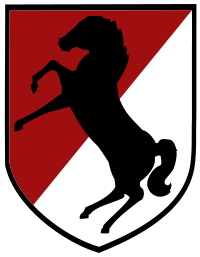 As James Spoke about in this post The Domino Theory Lives On... James and myself are getting into FOW Vietnam. James picked the new Local Forces PDF for his force (my favourite option too!), so I went for the Free World Forces.

I decided to go for the US to begin with as although I love the ANZAC models the US are the iconic Free World Force of Vietnam and so seemed to make more sense to focus on, but a few emails and phone calls to the gaming stores I normally order from returned no US infantry... but I was able to find some ANZAC infantry, so it was onto plan B! Now at this point the title of the post and the 11th Cav badge might be confusing you so I had better round out the story.

Email ThisBlogThis!Share to TwitterShare to FacebookShare to Pinterest
Labels: Challenge, Flames of War, Painting, US, Vietnam

So I finally managed to pick up the British BL 5.5 guns! Since they stopped producing the box set I've only seen it on eBay, hoping to snipe a bargin at the end. I finally did! 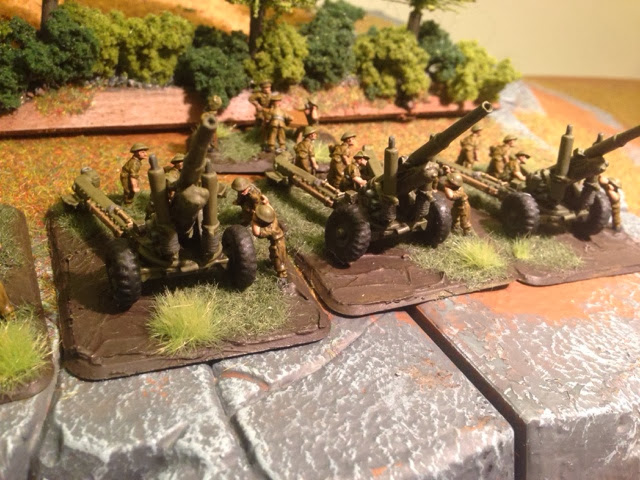 The model itself I would say is showing it's age, the barrels were slightly miscast, a lot of flash and the crew just looked a little off in a way it couldn't put my finger on!

Email ThisBlogThis!Share to TwitterShare to FacebookShare to Pinterest
Labels: British, Flames of War

I'm going to attempt something different with my next few rambling/editorials, and that is to look at improving as a player. Some of the articles will focus on a particular area, others will be more generic. 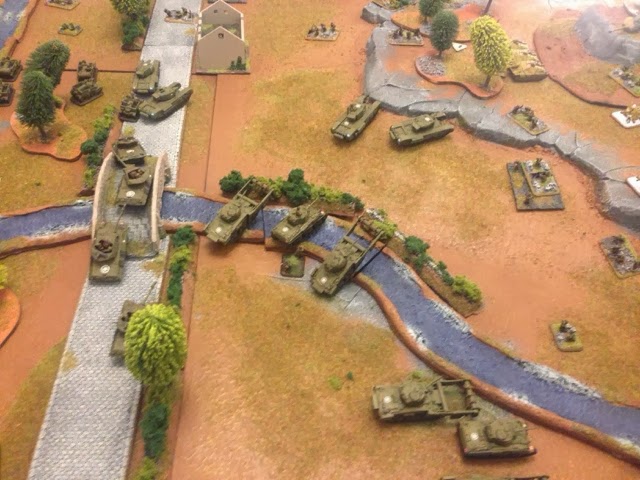 Why am I writing this series? Well next month I'll be attending corrivalry, and a year will have elapsed since I last was there, this will be the first time I've attended a Fow tournament for the second time - hope that makes sense! I would like to think I've improved as a player over the last 12 months, and whilst some may disagree I think it's interesting to look at what helps (besides knowing the rules!) to help improve playing.

Email ThisBlogThis!Share to TwitterShare to FacebookShare to Pinterest
Labels: Flames of War, Rambling


This product review covers two Battlefront items from the Italian range that I will be using as an early war and mid war demolisher platoon for my Burning Empires and Eastern Front Alpini the latter of which also have access to a pioneer supply truck.
(The other truck, will end up as part of the transport and towing vehicles assigned to the mid war 100/17 Howitzers.)
The quality of these products was excellent and exactly what I’ve come to expect from Battlefront Infantry whilst painting the three Italian Infantry platoons I’ve previously put together. There was occasional flash and lines that needed to be filed down or clipped away and one figure in the platoon had a malformed back leg where metal had seeped, but this was no real issue and isn’t noticeable once the model has been cleaned and painted. The only unfixable problem was a miscast on one of the platoon command figures who did not have a hand at the end of its extended pointing arm. To be honest though, no one is going to notice unless I paint it as a bloody stump!

A quick update today for my very expanding Soviet army. I have started bulking out the support options with 4 SU-122's. 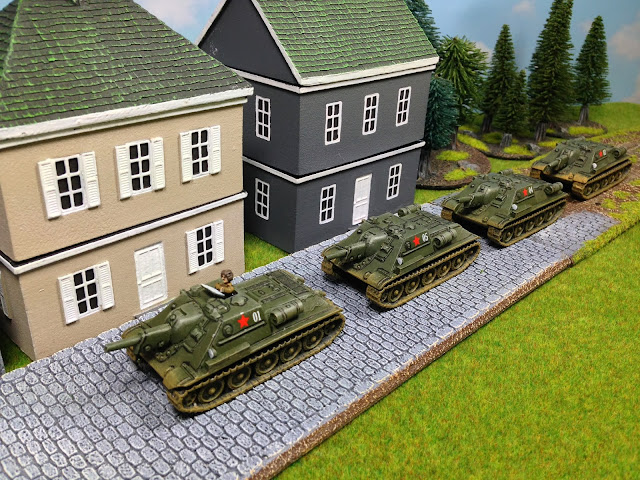 The models themselves were very nice to put together as unlike a lot of the T-34 based models the mud guards are modeled onto the hull. this saved me a lot of frustration.

The Domino Theory Lives on…

Domino Theory was a political tool used by Cold War America to justify its intervention on behalf of the capitalist, free world in countries where it was feared that the influence of communism would take hold. Its proponents aimed to prove that one event would lead to another and that through the fall of domino's and cause and effect communism and conflict would spread from one nation to another, however; as the Cold War progressed Domino Theory was largely thought to be debunked after the events of the Korean and Vietnam wars when neighbouring nations failed to topple as domino's as predicted… 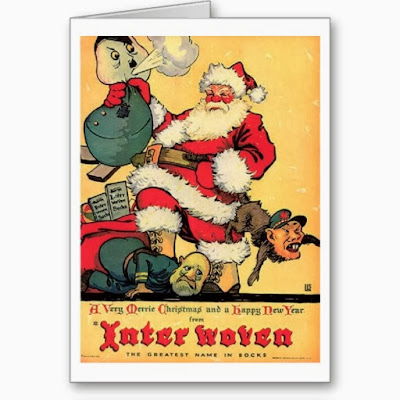 Firstly Happy New Year to you all, may 2014 be a great year. So like in 2013 a new year means it's time for new year resolutions! This year we have changed things up a bit, on top of all of our own resolutions we've all given each other a bonus one and have a blog focused resolution.